The following news story was originally published in the North Loop News, Chicago, Illinois. It has been slightly revised for publication in a Virginia Beach, Virginia Church and Business Guide. You have our permission to reprint it, distribute, and e mail it to your friends to let them know all about Sunlite Radio and its founder, Allan Winters

I'm glad to tell you that we are beginning a new blog on blogger.com

Every week, possibly more often than that, we will be posting inspirational messages, news, Sunlite Radio program notes and a whole lot more.

I'm really looking forward to our new media extension, and the good news is that you can post your responses to these blogs as well.

Sunlite Radio
We've been broadcasting the internet's Best Country Music, Gospel and hymns, plus much more since 1997. 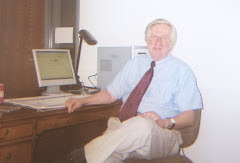